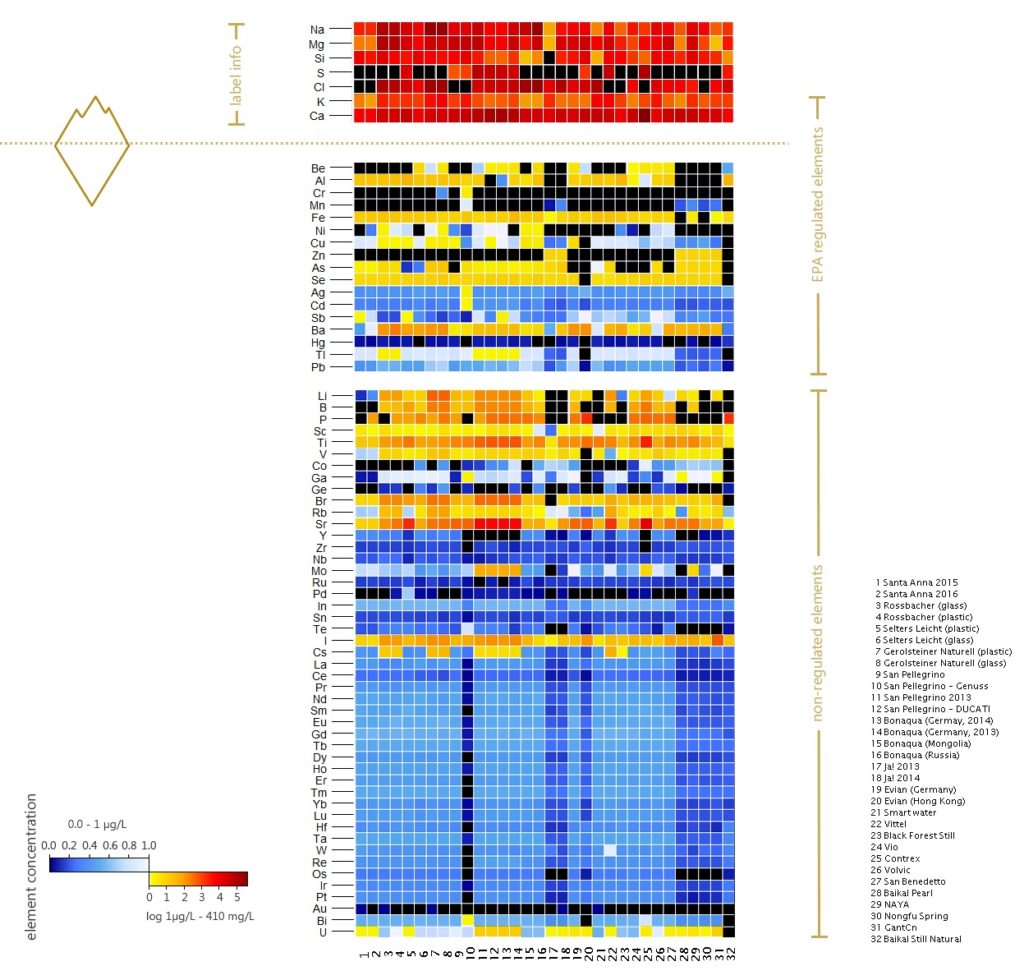 Bottled water labels often state concentrations of a few elements only, such as sodium (Na), potassium (K), calcium (Ca), magnesium (Mg), sulfur (S), chlorine (Cl) and silicon (Si). However, not one investigated bottled water discloses all of these commonly revealed elements.  The information that is made clearly visible and accessible to the consumer is only the tip of the iceberg of elements present in bottled waters.

More alarming is that, in addition to the labeled and EPA-regulated elements, there are at least 34 to 46 more elements found in bottled waters. None of these additional elements are regulated by the EPA or the FDA, nor are maximum concentration limits recommended or even known. Yet, some of these elements may pose serious implications for health impaired individuals, such as babies and infants. Noteworthy is that in each sample (with the exception of Baikal Still Natural) we found uranium. Uranium concentrations range from 0.5 and almost 9 µg/L. In Germany the limit for adults is 10 µg/L in drinking water, while a concentration of more than 2 mg/L is considered dangerous for Babies. For none of these non-regulated elements are limits in place or baseline values known. Most bottled waters contain lithium in concentrations up to 400 µg/L. Whether this level should be considered alarming, dangerous or harmless is not known, despite the fact that lithium is a common component in psychiatric medications.  Almost half of the tested bottled waters contain phosphorus that, in its inorganic form, can causes vascular damage and is especially dangerous in patients with advanced chronic kidney disease. But again, no concentration limits exist.

These examples show very clearly that it is important to know each and every element that is present in the water you drink, especially for health impaired persons and babies or infants.